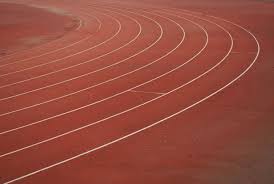 On a night where the Sixers celebrated Wilt Chamberlain’s 100-point performance, it originally looked like Steph Curry might give him a run for his money.  Curry had 13 points in the first quarter, the Sixers threw the ball away left and right committing 6 turnovers, and down 31-20, it looked like Philadelphia was on its way to another disappointing performance.  Then, a funny thing happened as the Sixers came alive, playing with more energy and aggression than they have in weeks.  A big role in this change was Doug Collins coming to the realization that Spencer Hawes was being paid off by the mob to win the game for Golden State (I feel that is the only possibility for his 0-9, 3 turnover, one technical foul performance), and went with Lavoy Allen at the 5 for the majority of the game.  A 15-1 second quarter run got the Sixers back in the game, followed by a 10-2 spurt in the third quarter to give them their first lead of the game at 73-72.

Throughout the game, the Sixers did a terrible job holding onto the ball, with 23 turnovers in total, managing to overcome that difficulty by shooting 12 of 18 from behind the arc.  For fans in love with a track meet, this contest was the ideal viewing experience with very little interior defense, plenty of threes, and fast-paced action.  The Warriors’ roster is better suited for that type of game which showed early on in the game but in the end, Golden State appeared to tire on the end of their 5-game road trip and second game of a back-to-back as Philadelphia finished strong for a 104-97 victory.

A few Sixers had standout performances on the evening.  Evan Turner had his best game of the season, narrowly missing a triple-double with 22 points, 10 rebounds, and 9 assists.  His mid-range game was working tonight and Turner wasn’t forcing contested shots in traffic, finishing 10-15 from the floor.  He also hit his first three-pointer since January 26th going 2-3 from downtown.  Thad Young finished with a career-high 16 rebounds to go with 14 points and his usual brand of all-over-the-court tenacity.  Finally, Dorell Wright drained 3 of 5 threes on his way to 13 points, 7 rebounds, and the play of the night, blocking Steph Curry from behind on a fast break.  Disregarding that play, Curry had an excellent game with 30 points and 8 assists.  When he wasn’t penetrating the lane for easy points, he was kicking the ball out to Klay Thompson for one of Thompson’s 7 threes, who finished with 29 points.

An exciting win for the Sixers in front of a large crowd at hand for the Chamberlain-bobblehead night.  Philadelphia will look to continue this momentum as it travels to Washington Sunday night.